The Basics of Amazon’s Brand Registry for Trademarks

Amazon has a service called “Amazon Brand Registry” that helps your company protect its registered trademarks for products you sell on Amazon. To enroll in Amazon’s program, your company will need to have its trademark registered with the United States Patent and Trademark Office.

Once your trademark is enrolled in the Amazon Brand Registry, you will have access to Amazon’s search and report tools to help you find listings that make unauthorized use of your registered trademark. Content can be searched across various Amazon stores. Image searches where you can find listings on Amazon that use your company’s logo or image of your product on a listing that is not yours and bulk ASIN searches to search in bulk for potentially infringing content are available to you.

In addition, a feature called “Transparency” offers item-level tracing for products. You may assign unique codes to each product you manufacture that Amazon will then scan for at its fulfillment centers to ensure no counterfeit products are being sold to consumers. If you find infringement, Amazon will investigate and will most likely take action within eight hours.

In addition to your trademark being federally registered, your company will need a Vendor or Seller account on Amazon.

Once the necessary information is submitted to Amazon, Amazon will contact your trademark lawyer to complete the enrollment process.

Not only does being registered in the Amazon Brand Registry help prevent infringement, but you will gain greater access to your product detail pages to ensure accurate information is listed.

The Basics of Trademarks in Comparative Advertising

Comparative advertisements are governed by a variety of regulations and laws. However, the main ones are The Federal Trade Commission Act (FTC Act) and Section 43(a) of the Lanham Act (15 U.S.C. 1125(a) (aka the “Trademark Act”)). Your advertisement may attack or criticize a competitor’s goods/services as long as your statements are truthful and not deceptive. So, your comparison could be literally true, but it cannot be deceptive. To avoid deceptive comparisons, do not omit facts that may mislead a consumer who then makes a decision based on your misleading statement. Truthful comparative advertisements can help maintain a strong brand in your trademark.

At Lilenfeld PC, we can work with you to protect your company’s brand and trademark by getting an opposing company to stop using a deceptive comparative advertisement. We also can defend your comparative advertisement and trademark against another company if you received a demand letter or if a lawsuit was filed against you. If you have any questions or would like a consultation, please contact us.

Lilenfeld PC’s Client won attorneys’ fees that the opposing party (who lost at summary judgment) must pay in a copyright infringement case. Our Client, who was one of the Defendants, had the case dismissed without the need of a trial. (See our April 17, 2018 blog post, Lilenfeld PC Client Wins Complex Copyright Infringement Case Without Going to Trial).

The Court evaluated the factors relating to whether attorneys’ fees should be awarded and found that the Plaintiff’s copyright infringement claims were frivolous and not objectively reasonable, partly because we succeeded in convincing the Court that the Plaintiff failed to produce actual blueprint/house plans. This failure made it impossible for the Court to determine what part, if any, of the Plaintiff’s plans deserved copyright protection. Also, the Plaintiff could not prove that our Client’s plans were “substantially similar” to its own plans.

The Court also found that the Plaintiff had at least questionable motivations due to the lack of merits of its copyright infringement claim and the fact that only a single homeowner and contractor were involved, suggesting small actual damages.

Our Client was able to win be prevailing on “summary judgment,” meaning the copyright infringement case did not need to go to trial. After reviewing the evidence and the legal issues, Judge Story of the Northern District of Georgia, decided our Client should prevail as a matter of law.

David M. Lilenfeld and Kaitlyn A. Haase conducted oral arguments on our Client’s motion for summary judgment in November 2017.

Lilenfeld PC convinced the Court that the opposing party could not prevail in its copyright infringement claim as a result of the blueprints/house plans not being properly registered.

Lilenfeld PC was also able to convince the Court that our Client’s blueprint/house plan was not “substantially similar” to the blueprint/house plan the opposing party claimed was infringed. The Court agreed with us that there were so many differences between the respective plans that they could not be “substantially similar” under United States Copyright law.

In addition to dismissing the lawsuit, the Court has ordered the opposing party to pay the costs our Client incurred to defend this lawsuit.

Kaitlyn A. Haase has been selected to the 2018 Georgia Rising Stars list. Each year, no

more than 2.5 percent of the lawyers in the state are selected by the research team at Super Lawyers to receive this honor. Super Lawyers, a Thomson Reuters business, is a rating service of outstanding lawyers from more than 70 practice areas who have attained a high degree of peer recognition and professional achievement. The annual selections are made using a patented multiphase process that includes a statewide survey of lawyers, an independent research evaluation of candidates and peer reviews by practice area. The result is a credible, comprehensive and diverse listing of exceptional attorneys. The Super Lawyers lists are published nationwide in Super Lawyers Magazines and in leading city and regional magazines and newspapers across the country. Super Lawyers Magazines also feature editorial profiles of attorneys who embody excellence in the practice of law.  Congratulations Kaitlyn!!

David “Light ‘Em Up” Lilenfeld is LITERALLY Fighting for Food

David Lilenfeld will be fighting (literally . . . he’ll be in a boxing match) on May 3 in Downtown Atlanta to raise money for Open Hand Atlanta, which delivers meals and nourishment to Atlanta-area homebound individuals (https://goo.gl/R1rWkh).

He has never boxed before and is 4 weeks into an intense, 10 week fight camp, working hard to win his bout!

To benefit Open Hand Atlanta, tickets may be purchased to sit ringside at Corporate Fight, Night, sponsoring David: https://goo.gl/pRFbZW.  For those unable to join on May 3rd, Money donations are also accepted.

Make sure to check out the event here: http://corporatefightnight.com/

I constantly see companies being misled into hiring the wrong lawyers for trademark and copyright disputes. Trademark and copyright are highly specialized areas of the law and can easily be mishandled. Unfortunately, many lawyers mislead clients into thinking they have more trademark or copyright dispute experience than they actually have. As of today, I have four different cases in which the opposing parties’ attorneys are mishandling their cases. While this is good for my clients, the opposing parties are unknowingly in jeopardy – not only will they lose their cases but they may end-up being responsible for paying my clients’ attorney fees.

Use PACER for Trademark And Copyright Lawsuits

If you need to hire a trademark or copyright lawyer for a lawsuit (aka a trademark or copyright litigator) you should ask the lawyer for a list of trademark lawsuits he or she has handled.  A lawyer can easily produce a list for you by accessing PACER (the Public Access to Court Electronic Records). If a lawyer will not do this for you, be careful. Non-lawyers can also conduct their own limited searches on PACER.  Note that the federal courts code trademark lawsuits are under the number “840” and copyright lawsuits under “820” – so look for those codes.

If you need help assessing your lawyer’s trademark or copyright experience, feel free to email me: David@Lilenfeld.com.

The photo of Piedmont Park on our “Team” page was taken by David Cole. The photo is being used under creative commons license, CC BY 3.0 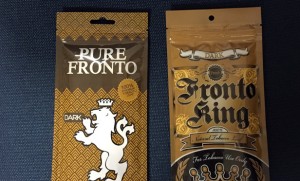